We can drill around the corner. Insights into the technology of oil drilling

Oil and gas reservoirs, such as those explored by Deutsche Rohstoff and used for production, consist of layers of rocks that are usually several meters thick and located at a depth of 1-4 kilometers.

The conventional way to drill these layers and to produce the valuable oil and gas they store is by vertical drilling. To do this, you have to drill vertically downwards from the surface to the oil layer. With this type of well, the oil is located in easily permeable rock. It can flow into the well and be produced by its own pressure.

For a long time now there has also been the possibility of directional drilling. With this method the drill head is deflected during drilling process. This way it can be continuously guided in the direction in which you want to drill.

Horizontal drilling is a further development of directional drilling. In this process, drilling is first carried out vertically to the depth of the oil-bearing layer. As soon as this layer is reached, the drill head and with it the drill pipe and the casing is deflected by 90 degrees into a horizontal direction. From there, the well is then drilled horizontally for up to 4 kilometers through the oil-bearing rock. 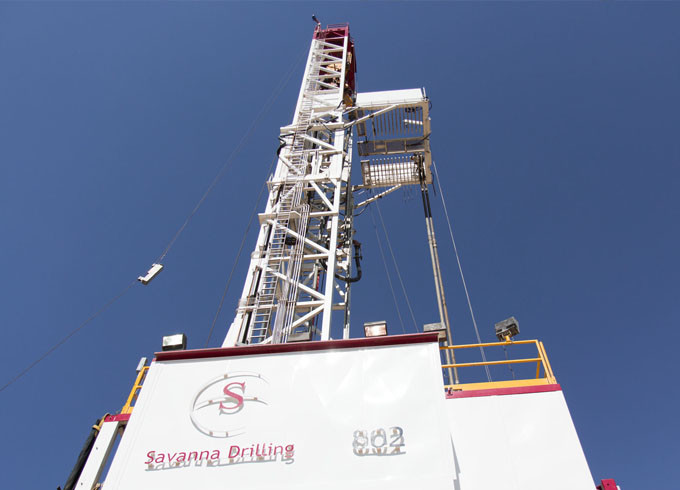 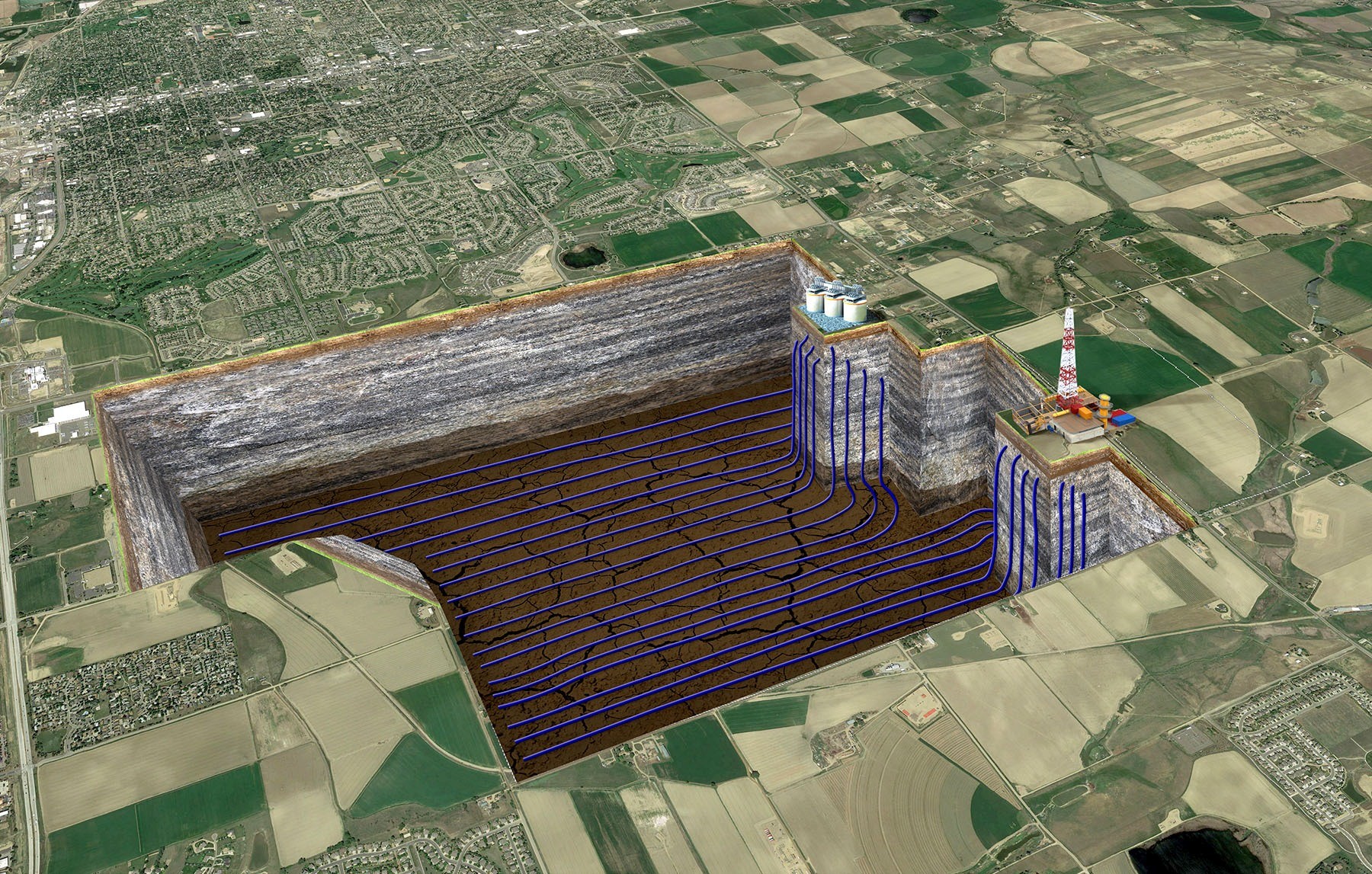 This technique is particularly suitable for very impermeable rocks. In a simple vertical well, too little oil would pass into the well. In order to increase the surface area, long horizontal stretches are created in which the oil can enter the well.

This modern method of horizontal drilling is applied to all wells financed by Deutsche Rohstoff. The horizontal length of the well varies between one and two and a half miles, which is approximately 1.6 to 4 kilometers.

The highly developed drilling technology makes it possible to guide the drilling very precisely along the path that our engineers have determined in advance. And another advantage of horizontal drilling technology is obvious: It is possible to develop an entire oil field covering an area of 3-5 square kilometers from a relatively small well pad. The amount of land used on the surface is minimal and is only the size of half a football field.

Another technology that has gained considerable importance in recent years is hydraulic fracturing. In this process, a mixture of water, sand and chemical additives is pumped into the well at high pressure. The aim is to create cracks in the rock surrounding the well at several points. This allows more oil to flow into the well.

Horizontal drilling has established itself as state of the art

Both techniques, horizontal drilling and hydraulic fracturing, were perfected in the course of the development of shale oil deposits. Slate was in former times often used for rain protection as roofing shingles. It is a very dense rock from which only small amounts of oil would flow into the well by itself. By creating fine cracks, the permeability of this rock increases considerably. The added sand is transported into the cracks. The sand in the cracks prevents them from closing again by themselves due to the high pressure at a depth of 1 to 4 km.

The horizontal drilling method is now used in the majority of cases in the United States. In 2004, horizontal wells were still producing around 14% of the shale oil in the USA. By the end of 2018, however, the share had already reached 96%. These figures show that the horizontal drilling technique has almost completely replaced the earlier methods.

Deutsche Rohstoff and its subsidiaries also make use of the great advantages of the new technology. We drilled our first wells in spring 2012 as vertical wells. Since then we have drilled around 65 horizontal wells ourselves and participated in dozens of others with smaller shares.

Oil and gas extraction at the Wind Pad 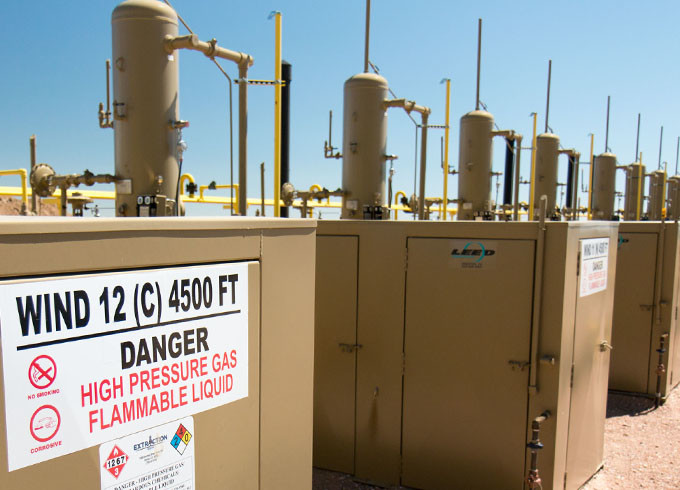 From a single pad, 10 or more holes can be drilled at the same time, allowing a large area to be reached and developed.