Insights on oil and gas production

Our oil and gas production is state-of-the-art and has been tested thousands of times in the US in recent years.

Once drilling is completed and production begins, an optimization phase lasting several months follows, during which the well pad is prepared for long-term production.

A typical well pad requires very little space. In the final stage of development the area is roughly comparable to the size of half a football field (rather smaller). No personnel is required on site, production is fully automated. Of course, the conveyance is constantly monitored by our own personnel or by service providers in order to ensure an optimal operating procedure.

The production of a mixture of oil, gas and water is very typical for the area in the Wattenberg field. This mixture, conveyed through the pipes from the depths by its own pressure, reaches a separation plant, which is an integral part of the conveyor system.

The separation plant separates the components of the mixture using simple physical processes. The water is separated and fed into tanks so that it can later be disposed of in an environmentally friendly way.

After drilling, the wells are ready for production 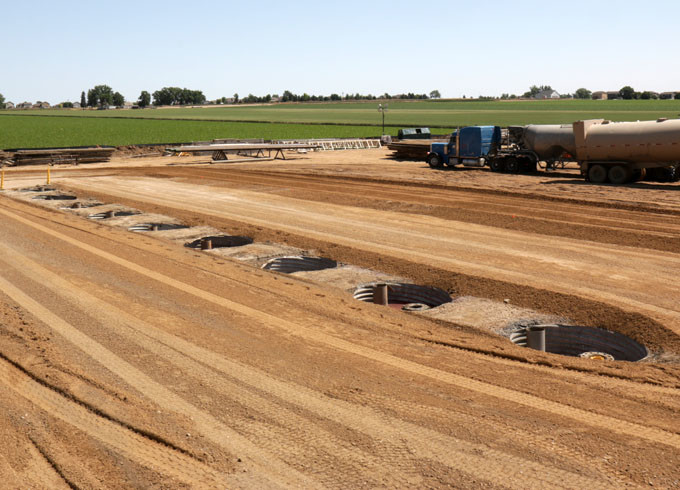 From this connector the oil will flow and be fed into the automatic separation and conveying system.

Logistics and transportation of oil and gas

Plant for the automatic separation of the oil-gas-water mixture 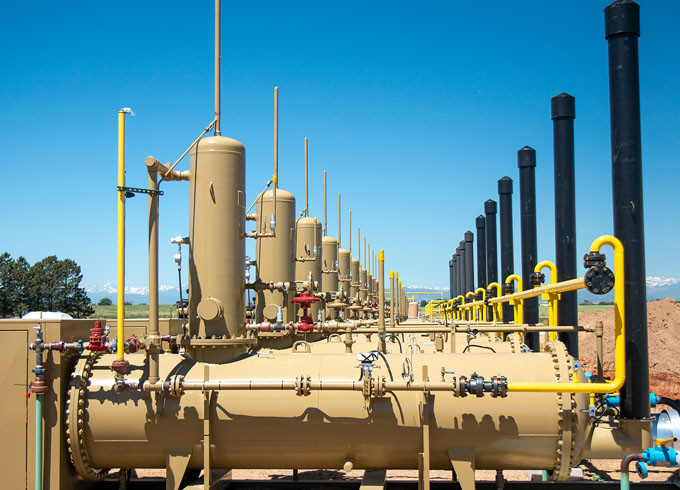 The oil and gas that is freed from water content is pumped into pipelines on site. The pipeline infrastructure is very good in the areas where we produce and almost every well pad has a connection. In exceptional cases we have to transport the oil by tanker. However, this is no longer the case at the newer well pads.

Transport by pipeline is much cheaper, less prone to failure and more environmentally friendly.

We sell our oil and gas directly from the well site to specialized logistics companies that operate entire pipeline networks in the respective region. They pay the market price for the oil, also known as West Texas Intermediate (WTI). The natural gas price is referred to as the “Henry Hub” or “CIG”.

The logistic companies currently receive around five dollars per barrel for their services, namely transport and marketing. This price can fluctuate depending on the utilization of the pipelines. If this is heavily used, the price is higher than at times of low throughput.

We hedge around 60% of our expected production for the next twelve months.

This allows us to partially offset the price risk resulting from the ups and downs of oil and gas prices. Hedging is carried out using financial instruments traded on NYMEX (New York Mercantile Exchange).

We purchase contracts at a certain price and for a fixed term. If the price on the agreed date falls below the price at which we concluded the contract, we will receive a corresponding compensation. If the market price rises above the agreed price, we have to pay compensation. As we are simultaneously paid for our physical production at the respective market price, we de facto always receive the hedged price for our production.

In our calculations, we assume that production can be operated economically for around 20 years. After this period, we are obliged to backfill the well in accordance with the rules of the respective state and to restore the entire well pad to its original condition.

The effort involved is relatively small. Usually the land is used for agricultural purposes again.